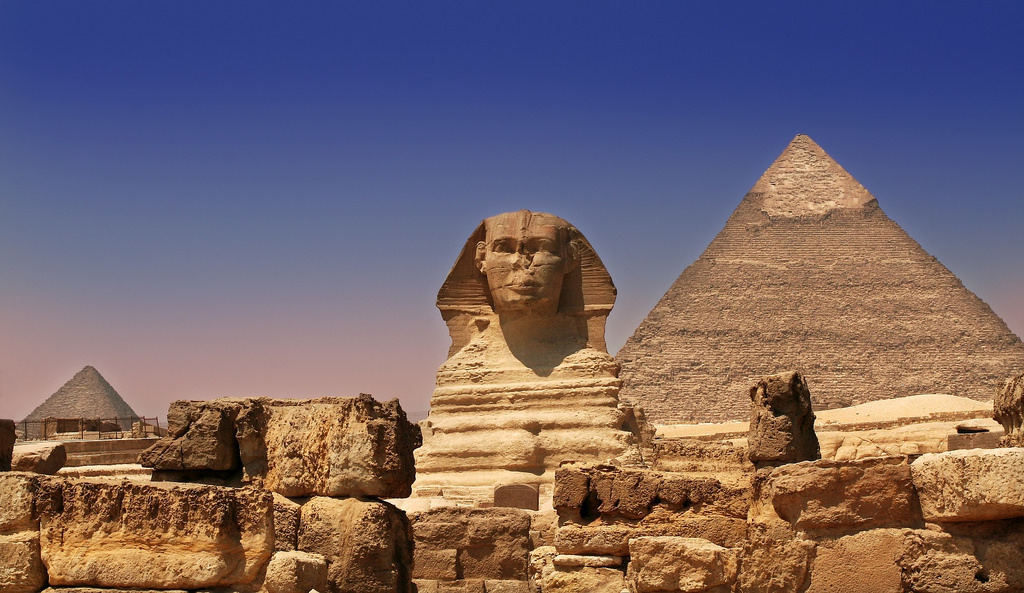 The Sphinx, the Pyramids & American Fibertek

Transmission solutions from AFI are protecting some of the greatest monuments of the ancient world at the Giza Plateau on the Nile River near Cairo, Egypt. American Fibertek solutions enable signal transmission from more than 100 video cameras in a surveillance system that watches the perimeter of the Pyramids of Giza, the Sphinx and other archaeological treasures.

The Egyptian government determined a need to increase the level of protection of the celebrated historical sites by installing a video surveillance system around the entire perimeter of the Giza Plateau. The goal was to create a system able to view any area of the plateau complex from a single control room facility. Egyptian government engineers evaluated system requirements for several months before choosing AFI to provide signal transmission from cameras located around the Giza site. AFI transmission solutions are operating in the harsh desert conditions; 24 hours a day, seven days a week. This is a true testament to the quality and durability of American Fibertek products.

“With priceless artifacts to protect, the Egyptian government had to pay special attention when developing the system design. Only the most reliable equipment offering the highest performance would even be considered for use in the system. The robust, dependable transmission solutions from AFI were determined to be perfect for the needs of such a challenging application and environment when so much is at stake.” -Project Integrator